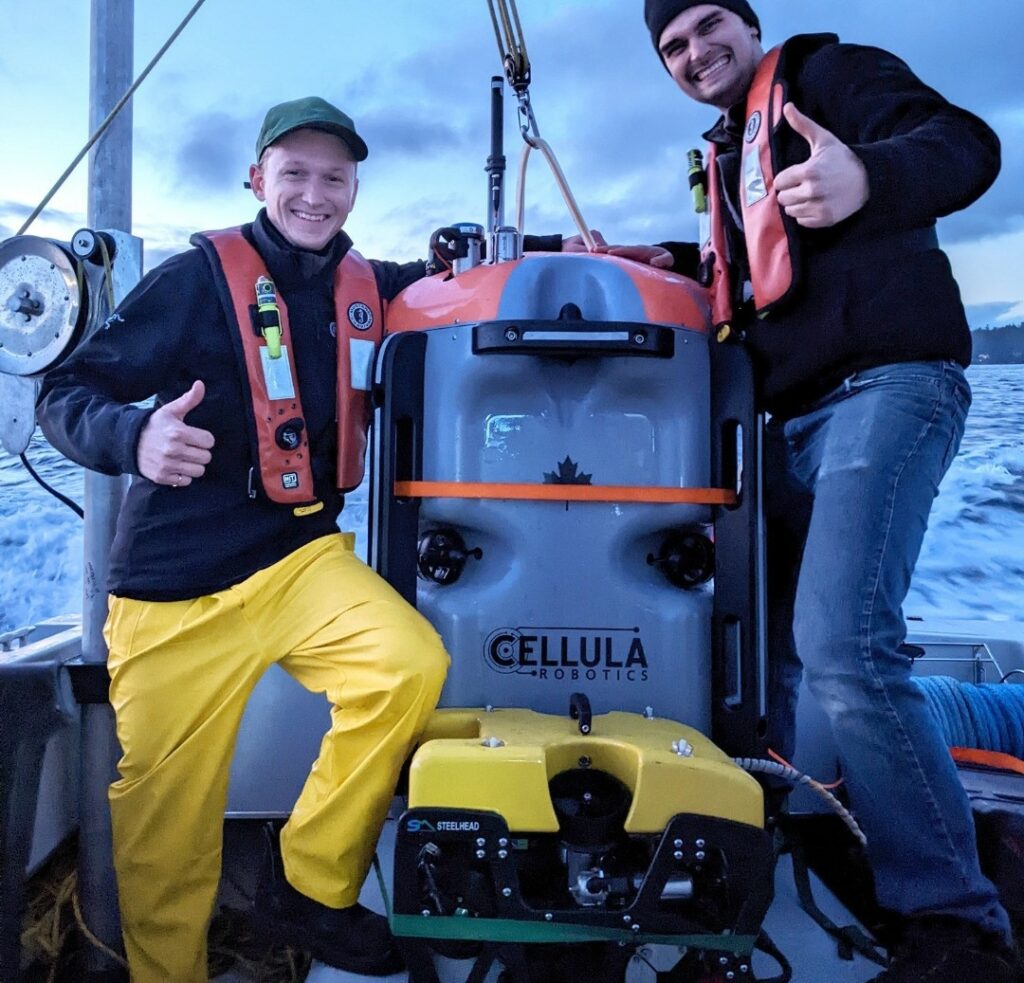 BURNABY, BRITISH COLUMBIA, CANADA, DECEMBER 8, 2022 – Cellula Robotics Ltd. specializes in the turnkey design and production of subsea robotic systems. Based in Vancouver, British Columbia, Canada, Cellula’s world-leading engineering solutions have been used in applications around the world. In this photo, they used their SEAMOR Steelhead ROV during Imotus-S sea trials in Victoria.

“We have the SEAMOR Steelhead ROV on standby for all our AUV jobs – both cruising & hovering. It’s an asset – a regular tool in our equipment list. We use it on an ad hoc basis to recover items we’ve deliberately or inadvertently left on the seafloor. We also use it from time-to-time on a contract basis or as an educational tool.” said Tristan Crees, AUV Operations Manager at Cellula Robotics.

A sincere THANK YOU to Cellular Robotics for their time to put together this amazing testimonial.