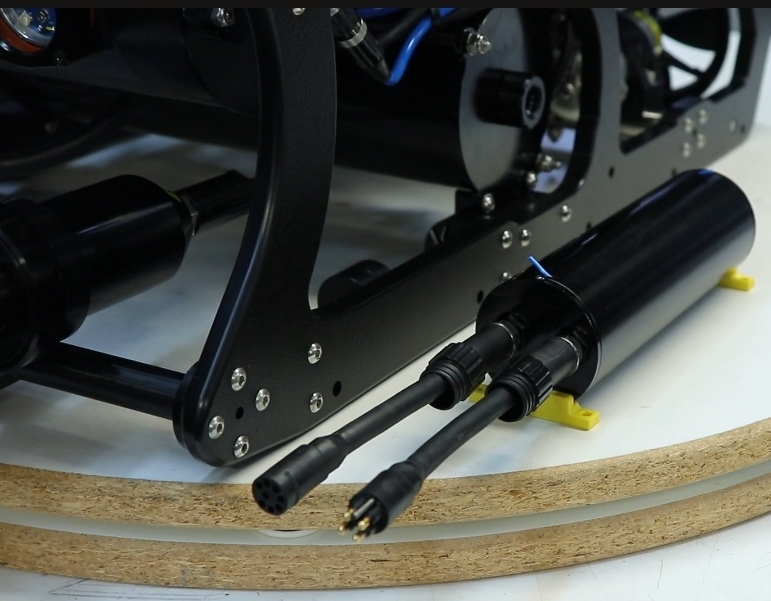 “We’re excited to introduce this latest innovation in SEAMOR’s research and development,” says Robin Li, President of SEAMOR Marine. “The DSL module opens up a whole new world of sonars and other third-party tools that previously required a fiber-optic tether. Now, at a very reasonable cost, ROV users will be able to integrate more complex or advanced sensors that require Ethernet to communicate, and they can do so with their existing set up. It’s an easy upgrade to all of SEAMOR’s standard Sea Otter reels.”

The DSL module canister was designed so that ROV users can quickly, at the job site, plug it into one of the ROV’s accessory ports and attach the tether reel. The easy dockside reconfigurability allows users to switch between a fiber-optic and twisted-pair tether on the same vehicle.

“We already have clients who have taken advantage of the opportunity to have a backup twisted-pair tether for their current fiber-optic system,” says Li. “The DSL module allows them to use the same sonar, for example, while switching to a rugged twisted-pair tether if their fiber-optic system requires re-terminating. This gives customers the confidence that they can keep their systems running efficiently during the busiest periods, in even the most challenging circumstances.”

Based in Nanaimo, British Columbia on Vancouver Island on Canada’s west coast, SEAMOR Marine Ltd. designs and manufactures underwater observation and inspection-class remotely operated vehicles (ROVs) and modular accessories. SEAMOR sells worldwide and has ROVs operating on every continent and in every major body of water around the globe. The company’s ROVs have been used in a variety of fields including aquaculture, underwater archaeology, Antarctic geology, and pipeline and dam inspection. SEAMOR has collaborated on research projects with NASA, the Defence Research and Development Canada, and the Department of Fisheries and Oceans.